SALE selected items UP TO 60% OFF 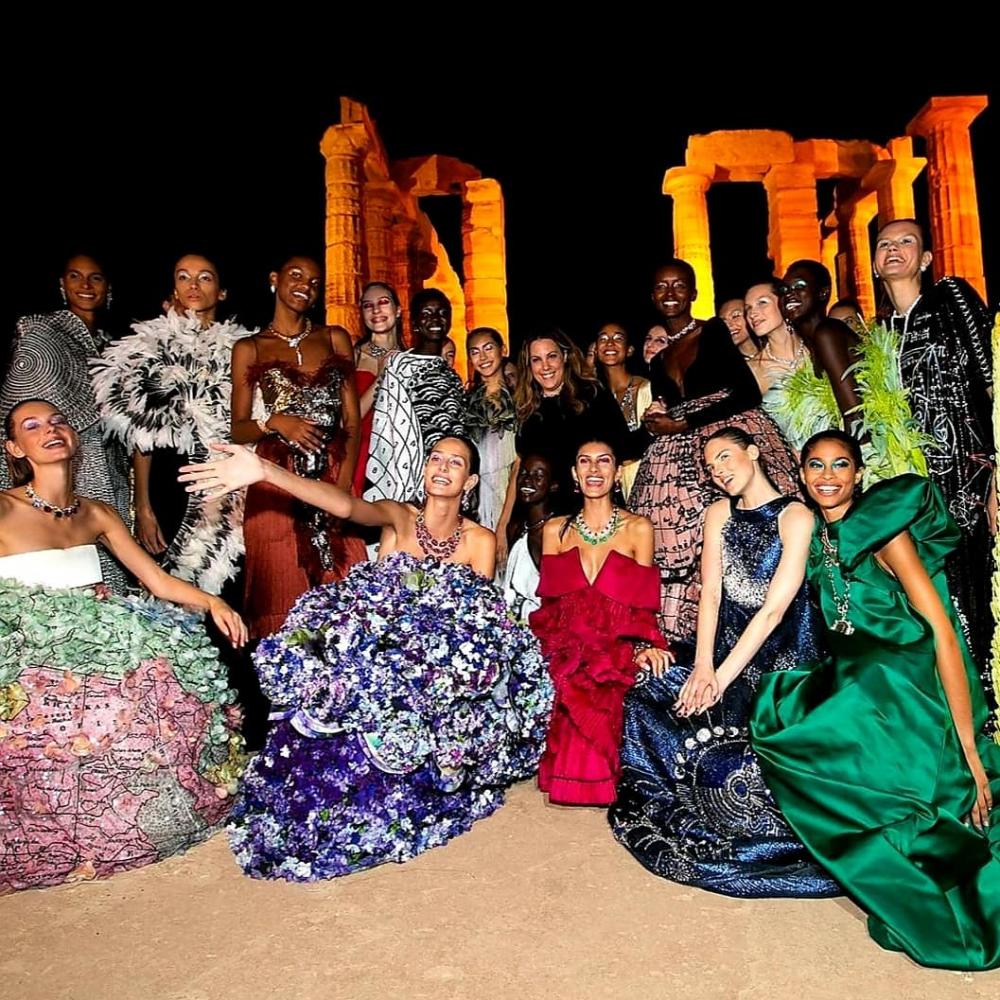 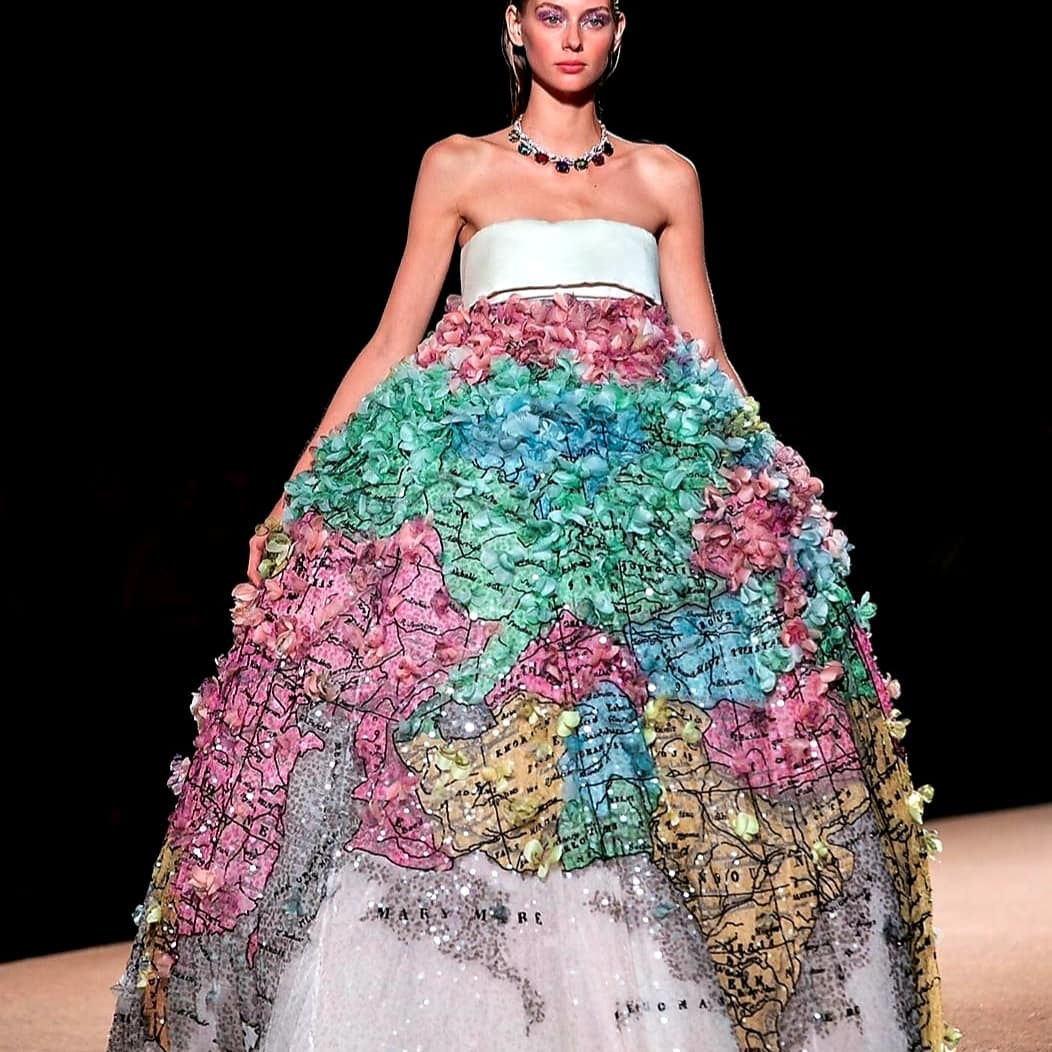 The Spring/Summer 2020 Mary Katrantzou show was a celebration of Greek heritage, history and culture, exceptionally shown against the breathtaking backdrop of the ancient Temple of Poseidon on Cape Sounion to celebrate the 30th anniversary of the founding of ELPIDA, the Association of Friends of Children with Cancer, established by Mrs. Marianna V. Vardinoyannis.

A show in the present, celebrating a past, for a charity which gives hope for the future for thousands of children.

The collection was inspired by Greece, and it was staged in Greece, taking place in and around the Temple of Poseidon, built between 444–440 BC, whose Doric columns quarried from white marble still stand, defying the passage of Millennia. On a promontory 200 feet above the Aegean sea, the Temple of Poseidon is one of the major monuments of the Golden Age of Athens, visited by million of people from around the world every year. A gateway to history, a direct link to the achievements of the past, this is the first time a fashion show has ever been staged around this heritage site - Mary Katrantzou was honored to be invited to show here.

Just as archaeologists dug to uncover Hellenistic treasures, the excavation of history can surrender inspiration. The collection takes its cue not from the aesthetics or dress of Ancient Greece but from it ideology, from the achievements of civilization as a whole, many finding a link back to the glories of Ancient Greece. Fundamentals of the world we live in today - mathematics, languages, literature, art, philosophy - bear the traces of this proud culture. Their traces are manifest: this ancient world inexorably shapes our own. Mary Katrantzou was born and raised in Athens, surrounded by physical reminders of this storied past, yet more importantly with its very meaning embedded in life. The past lives, and inspires.

Echoing Ancient Greek belief in the pure power of color - tied to the humors of the body, and part of the same lifeforce - each outfit is executed in a single hue, including tonal embroideries of feathers, beads and Swarovski crystal. Here, as Plato wrote, “color is a flame, which flows forth from each sort of body” - Aegean blue, Tyrian purple, the white and black of marble. The collection as a whole is a prismatic, refracted spectrum - a spectrum of both color and inspiration.

All roads lead to Greece: shoes are Ancient Greek Sandals, handmade locally by skilled Greek craftsmen using traditional techniques that have existed for centuries. Fine jewelry comes from the storied archives of the house of BVLGARI - established and based in Rome, but whose founder Sotirio Voulgaris was born in the mountains of Greece, in another unexpected, unanticipated link. The music to the show has been specially created by the Academy Award-winning Greek composer Vangelis. Indeed, a fil rouge of heritage, tying everything back to Greece, runs through every aspect of culture today. Those threads inspire Mary Katrantzou: here, she weaves them together to form the fabric of this specially-created collection.

The Spring/Summer 2020 Mary Katrantzou show at the Temple of Poseidon is staged to mark three decades of ELPIDA, a charity dedicated to supporting children suffering from cancer. Established by Mrs. Marianna V. Vardinoyannis in 1990, ELPIDA has raised awareness of childhood cancer in Mediterranean and Balkan societies, mobilizing volunteers and donations and achieving huge fundraising goals. She launched the first Bone Marrow Transplant Unit in Greece in 1993, where more than 732 children have received transplants, and established the first Oncology Children Hospital in Greece in 2010. These medical facilities give hope to thousands of children and their families from both Greece and neighboring countries to be cured from cancer and other neoplastic diseases. Before the establishment of ELPIDA, children suffering from cancer were condemned to their fate because no state could cover the high cost of therapy.

The hospital was offered to the Greek nation to give access to all children regardless of financial capacity: today it receives 80% of the childhood cancer cases in Greece, around 280 new cases annually, curing 3 out of 4 children completely. More than 1,600 families of sick children have been hosted for 1-2 years time at the ELPIDA Guest House, established in 1999. They offer a new home, and a new hope.

Supporters of ELPIDA have included Kofi Annan, Bill Clinton, the Pope, Queen Rania of Jordan, Brigitte Macron, Michael Schumacher, Barack and Michelle Obama and the late Diana, Princess of Wales. Mary Katrantzou is proud to be able to celebrate and support this charity with our Spring/Summer 2020 show.

Thank you, @marykatranzou @elpida for a truly unforgettable night.

We were honored to be a sponsor! 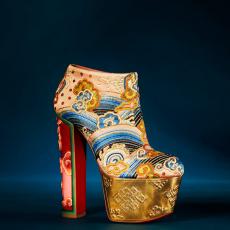 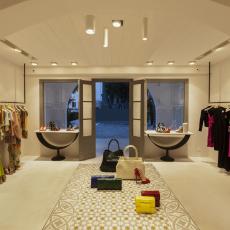